In August/September 2020, National Maternity Voices (NMV) carried out a survey of MVP chairs in order to establish a demographic baseline of the association. This was to inform  work to support MVPs to be diverse and inclusive groups. Repeating the survey will enable any progress in advancing the diversity of MVP chairs to be measured.

We emailed the survey to all the chairs on our database and promoted it on our Facebook group. Around 60% percent of Chairs and Co-chairs responded.

Respondents were evenly geographically spread across England. The spread of ethnicity was broadly similar to the last Census data, although those from Asian backgrounds were underrepresented amongst MVP chairs, and those with White backgrounds slightly overrepresented.

More chairs than the average population are affected a little in their day to day activities by a health issue or disability, but less are affected a lot. In addition, 17% of responding chairs said they were neurodiverse, similar to the Census figure of 15%.

Around a quarter of chairs had experienced a baby in neonatal care.

We asked about chairs’ need for payment to get some idea of their financial circumstances.  Two thirds of respondents need payment for most of the hours they work in their chair role, and a further 16% need paying for some of their hours. Only 4% said payment didn’t make a difference to them.

The responses were analysed by Jenny Griew, who is studying a psychology Msci degree at the University of Bristol and has extensive experience of statistical analysis. She has no personal knowledge of MVP chairs and so would not be able to identify any respondents while analysing the data. We take our GDPR duties seriously and have processed the data in line with the undertakings we made to respondents on the survey form.

Out of a recorded 136 MVP chairs and co-chairs on our database, we had 80 responses which equates to around 60% response rate. The statistical significance of the findings is limited because of the relatively small numbers of people involved. If 1 or 2 people in a group of 80 has a particular characteristic it may be interesting, but it cannot meaningfully be compared to national statistics about service users.

Percentages have been calculated based on the responses to each question. Quoted percentages are of those that answered each question – over 95% in all but one question. 8% selected ‘prefer not to answer’ to the question ‘are you neurodiverse?’ This may have been because ‘don’t know’ wasn’t an option. Percentages are rounded to the nearest whole number (sometimes rounded differently on pie charts). Throughout this report, we make comparisons to other data, which was chosen to represent maternity service users e.g. women of childbearing age. We have used the 2011 census data as it was the most relevant we could find.

We asked “in which group of regions is your MVP?”

96% answered this question. The table below shows how the answers compare with the same data on the MVP database of October 2020. Note that some MVPs have two co-chairs and in this survey we were asking about individuals.

We asked “What is your ethnicity” and left the respondents to reply as they wished, with no suggested categories.

97% of respondents answered this question. For analysis, responses were compiled into the categories that are used in the national Census data to enable us to compare whether the range of ethnicities among MVP chairs is reflective of the population. The table below shows the responses compared to data from the 2011 Census of women aged 16-49 in England and Wales.

We also asked “What is your age?”. 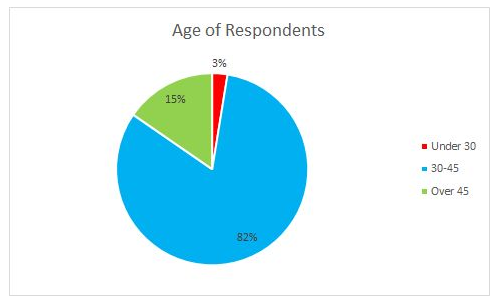 Next, we wanted to know about chairs’ health, and asked “Are your day-to-day activities limited because of a physical or mental health problem or disability which has lasted, or is expected to last, at least 12 months?”.

96% of respondents answered. We compared those responses with both the 2011 Census data and the data from the CQC maternity survey report 2019 as shown in this table:

This may be explained at least in part by the answers to the following question, “Are you neurodiverse?”, where neurodiversity included but was not limited to being autistic, dyslexic, or dyspraxic or having Tourettes, ADHD or OCD. 92% of respondents answered this question, which enabled people to answer yes whether they were officially diagnosed or self-diagnosed, to reflect the fact that obtaining a diagnosis as an adult can be very challenging and take a long time.

Of those who answered, 17% in total said they were neurodiverse: 8% officially diagnosed, and 9% self diagnosed. We do not have population-wide data to compare this to although the ACAS website states that around 15% of the UK population is neurodiverse (though does not state where this figure comes from) in which case the proportion of neurodiverse MVP chairs is representative.

Of those who responded that they were neurodiverse, 11% also stated what their neurodiversity was, and the list was: autistic, dyslexic, dyspraxic and having Attention-Deficit/Hyperactivity Disorder (ADHD). 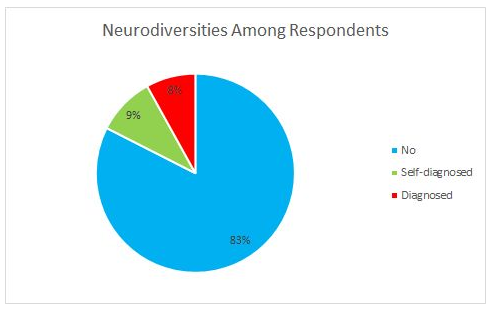 Another important aspect of chairs’ lives that we wanted to understand was their caring responsibilities. We asked “How many hours a week do you spend giving support to family or friends because of long-term physical or mental ill-health/disability or problems related to old age? (include extra support to an ill or disabled child)”.

96% answered this and of those the responses were as shown in this pie chart: 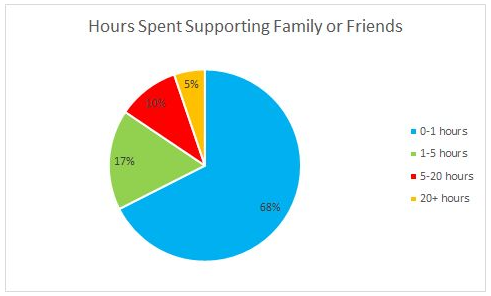 6% of replies said none of the options listed applied to them which will usually mean they have adult children.

We asked chairs “Have you had a baby in neonatal care (NICU or SCBU)?”.

99% answered this question, and 27% had had a baby in neonatal care. Figures show that 14% of babies spend time in neonatal care, suggesting chairs were more likely to have experienced neonatal care than the average family.

To get an idea of chairs’ financial circumstances we asked chairs to tell us which of a number of statements best reflected their household’s need for payment for the work they do in their MVP role.

97% answered this question, and the results were as follows: 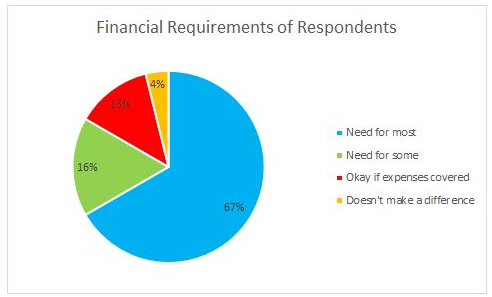 The majority, 67% or two thirds, said they needed remunerating for most of the hours they worked as an MVP chair, which backs up National Maternity Voices assertion that MVP Chairs need remuneration to make the role sustainable.

A further 16% needed some of their hours paying but not all, while 13% would be happy with only expenses being paid and 4% said it made no difference to them if they were remunerated or not.

At the end of the survey, we asked chairs if they would like to share any other aspects of their life or identity which they felt had affected their experience with maternity services as a service user and/or as a chair. Eight people responded with information about their experiences or background on the understanding this would only be used internally.

MVP Chairs are broadly representative of the population when compared to national data, and in some ways bring extra understanding to the table through their situations such as caring for family members or having had a baby in neonatal care. The survey has given us a baseline demographic snapshot of MVP chairs, from which we can measure future progress.

It is important to remember that chairs are not the whole MVP: service users, NHS staff, and representatives from relevant community groups bring vital diversity to MVP membership and work. To maintain and improve this inclusiveness, especially in the chair role, barriers including finances need to be properly addressed to enable more parents from diverse backgrounds to join their MVP and ultimately chair it.

We are pleased that this survey shows that MVP chairs are in many ways representative of the wider community, and we will continue to advocate for more resources, as we keep working towards making the role more accessible to a diverse range of maternity service users.